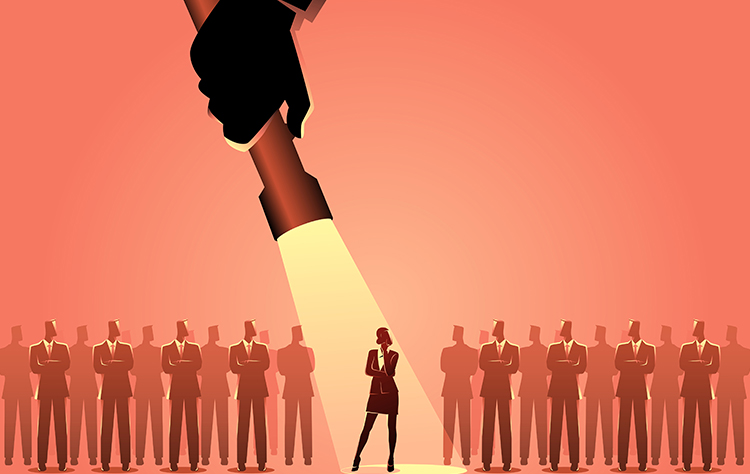 Leadership is not a matter of gender but skills. And women possess several qualities that make them excellent leaders. Various social studies and the structure of the brain say so. According to the McKinsey study, companies with more women in the lead, when compared to the industry average, see a 48% higher operating result and a 70% higher revenue growth force. Also, having at least one woman in the lead reduces corporate bankruptcy by 20%.

However, still today, women need to work harder to prove themselves, and they need to be more qualified to be hired and promoted, as compared to men. This already indicates that, most likely, women those, are better prepared than men are only being promoted, while the professional quality of men remains in a comfort zone.

This does not mean that every woman is a better professional than a man. It just means that it is clear that the capacity of their representation is much greater and that enriching experiences are born out of gender diversity in organizations. When it comes to putting women in the lead, some positive characteristics stand out.

So, here are some main characteristics that positions, why having women in leadership positions are beneficial for any business.

Women’s know how to look for success against the odds

Yes, some people would say the opposite, but women know how to achieve their goals through thick and thin. You know why? Because they have always faced some form of discrimination, restrictions, and limitations. Just because many women are achieving success, that does not mean they do not continue to have these problems. The ones who do it are an example of tenacity and strength.

Men have never faced any sort of racism, and they will never realize what it means to be underrated from childhood. All girls and women have faced this at some point. That gives them an extra boost to show that the people who put a barrier in their way are wrong, that they can be successful in whatever way they are working.

Women leaders have a broad and detailed view

In general, men tend to be more practical in what they do, while women have the focus and the ability to concentrate while being able to analyze the details of each planning. Because of this characteristic, they identify patterns and possible errors in more complex projects, and that involves several steps. At the same time that they have a natural ability to analyze details, they can understand the various variables of a business, considering the impact that a certain attitude will have on the most diverse sectors of the company.

A study published by The Economist found that 80% of purchasing decisions in developed countries are made by women. This high percentage includes online purchases and even purchases of applications and mobile games. In other words, their decision-making power as consumers is very high. And we know that in countries considered “third world” this trend is also very strong.

With only men at the head of a company, it becomes challenging to identify which products are most likely to reach the target audience in full. If the majority of the people who choose are women, nothing better than hiring women to identify more appropriately what type of product the consumer wants?

Women listen better than men, the most decisive skill in the management of employees and profitable relationships with clients. The woman would be more oriented towards dialogue while the man would lean more towards decision-making. He communicates more through activity than through conversations. Listening is an essential skill because employees want a manager who pays attention to their ideas, while customers are sensitive to the empathy shown towards their problems. Being an excellent communicator generates a strong relationship based on the trust essential to transforming into loyalty.

Motivating others is a quality that not everyone possesses, but women, in general, are motivating. Women have a highly developed intuition that often comes to light when needed. They know very well what motivates others and what triggers fears, and they can efficiently generate ideas to encourage and motivate them. Something that is very important is emotions. And, women deal better with them than men who are not so used to manifesting them.

To conclude, we need more women in management positions. Female talent deserves to have a window where they can demonstrate their capabilities. It is about creating successful efforts where discipline and determination are present through a woman who understands what your organization requires and facilitates the fulfillment of business goals through her abilities.

If companies bet more and more on women at the managerial level, it would be possible to achieve a greater balance that is so much needed both at a social and business level.