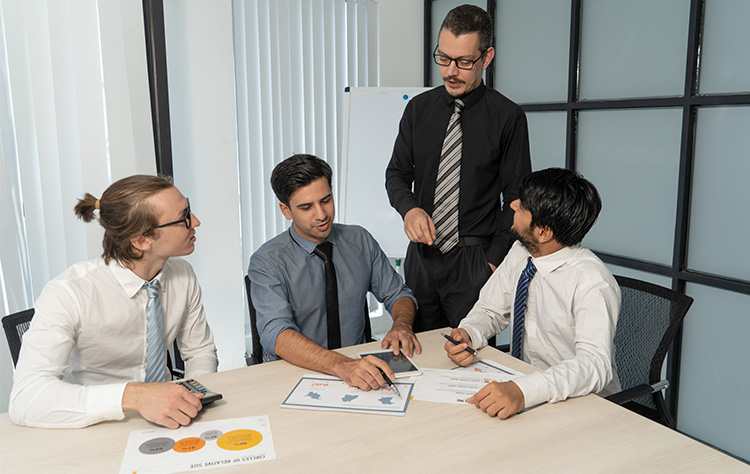 Being geographically, ethnically, and culturally diverse, the Arab world offers many advantages to businesses. However, these same factors complicate the way businesses are approached and conducted in these countries.

The Arab world is comprised of 22 countries, the majority (91%) of them are Muslim and more than half of them (63%) speak Arabic. Since etiquettes and practices differ significantly from western countries, it is pertinent to have an understanding of the flow of things in this part of the world.

Here is a compiled list of practices to pay heed to while conducting business in Arab nations.

Unlike the custom of weekends in the major part of the world i.e., Saturday and Sunday, the Arab countries either follow a Friday-Saturday weekend or a Saturday-Sunday weekend varying from country to country.

This is because Friday is considered holy in the Islamic tradition. So, except Lebanon, Morocco, and Tunisia, the other countries follow the Friday and Saturday weekend schedule.

Also, Arab countries have a different list of paid holidays that every employer must abide by; especially during Ramadan which lasts around a whole month, the work hours are reduced, and public dining during the day is restricted.

So, you must have an understanding of all such holidays, weekend customs, and draft your workdays accordingly.

Prayers are integral to an office workday

Another important aspect is considering prayer timings as paid breaks. In Islamic countries, they follow a strict prayer schedule. They pray five times a day and these timings are announced by local mosques and also printed in media.

The rough timings of the 5 prayers are as follows:

These timings must be respected by employers and must be considered as paid breaks.

Since prayer timings are not restricted to a particular day in a week, offices and workplaces are designed to accommodate this need by allocating separate prayer rooms for men and women.

The Arab nations are very conservative in a few areas; language is one of them. If you would like to conduct business with an Arab counterpart, you must learn at least a few phrases, greetings, and customary lines.

Greetings that are most relevant to official meetings in Arab countries are:

Such effort from your side urges them to recognize your earnest intentions towards the business deal.

Also, make it a point to print your business cards in both English and Arabic. Ensure that they promote the readability of the script (since Arabic is read from right to left).

In contrast to the western corporate culture of remote meetings and online get-togethers, Arab leaders still prefer the good ol’ meet and greet. So, be prepared to make physical appearances for meetings while conducting business with them.

Also, the meeting agenda in Arab nations greatly differs from other countries. It does not progress strictly by protocol. In western countries meetings usually begin with an executive briefing on the contents of the discussion. But in this part of the world, a business meeting is preceded by small talk. There is no rushing to make decisions or concluding discussions.

So it is necessary that you have basic awareness regarding the local trends to keep up a conversation and it’s even more vital that you don’t step on anyone’s toes by bringing up controversial topics like politics, religions, Palestine, Israel, etc.

While conversing, it is natural that they bring up some personal aspects of your life like your family, friends, and such relationships. Do not get offended or shy away from answering. This practice is because of the way they mingle their professional and personal lives, there is no clear distinction between the two as practiced in the other parts of the world.

During conversations, pay heed not to pry deeply into their families especially their females, at the same time do not seem too disinterested, finding the middle ground is the art of business small talk in Arab countries.

Arriving at least a few minutes early to a scheduled meeting is an unwritten rule almost everywhere. However, that does not apply to Arab nations. You must get used to your Arab counterparts arriving several hours late to meetings or even canceling on you.

Since this is common practice with no ulterior motives, it is advisable not to take offense and mess up a prospective business deal. So, it would bode well for your negotiations to construct flexible schedules.

If you’re waiting to seal the deal with an Arab businessman, rather than hanging by the edge of your seat, follow a more laid-back approach because it is always going to get delayed more than you anticipate.

Also, it is unagreeable to disagree too honestly in the face of your counterparts, it is not a professional manner to do so. The right way to reach consensus is to approach them by text, email, or phone call and confirm their views and opinion post the interview.

This is more than obvious when we talk business in the Arab world. Adorn quality clothes, preferably dark colors; if you’re a woman, it’d bode well to wear high neck dresses that don’t expose your cleavage also it is advisable to wear trousers that reach your ankles and sleeves that cover your forearms. Relaxing clothes like T-shirts, shorts, etc are an absolute no-no.

There is nothing typical about handshakes

Another pertinent issue is handshakes. Handshakes take longer than they do in the western world. So do not draw away your hand after a brief moment. Wait for your counterpart to release the grip and then recede. If you’re a woman, wait for your male counterpart to offer a handshake and vice versa if you’re a man.

There is an underlying custom or a set etiquette you are expected to follow for every activity you undertake in the Arab world.

When transacting with an Arab leader, you might be invited to visit his house, when you do, do not overstep your boundaries, and do bring along a complimentary gift in return. Also, in Arab countries, most often than not, males and females dine separately. So if you’re invited for lunch or dinner, it doesn’t automatically apply to your significant other.

Also, pay utmost care to the present you give them. God forbid that you gift them alcohol or pork, they are prohibited in Islamic states. When you compliment any artifacts or adornments, do not be overzealous or custom might compel them to gift that particular item to you.

Arab people are generous givers so expect to receive high treatment and magnanimous gifts, do not refuse them coyly, accept them with confidence and gratitude.

Such knowledge of their culture and respect for their customs promote a progressive environment for your business endeavors in the Arab world.