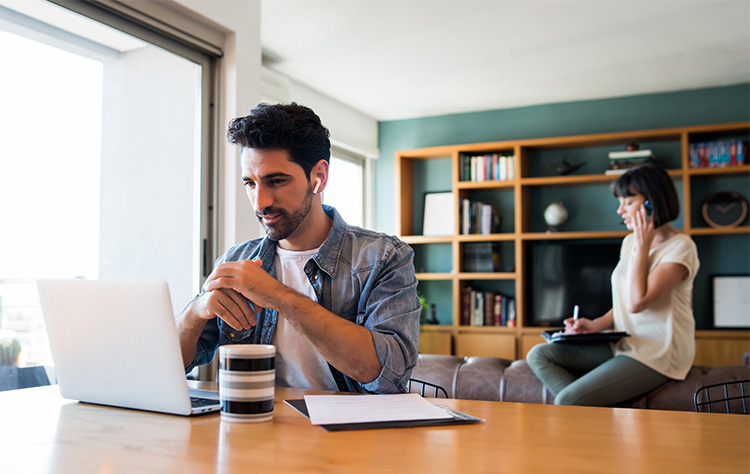 The impact of COVID has been a boon in many ways for the world despite its staggering human cost and the irreversible ways in which it affected lives. One of the most outstanding and impactful triggers it generated was the rush for innovation and change that took the world ahead by many years in a short span of time.

Contrary to the common belief that COVID led to stagnation and stillness, studies at MIT suggest that remote work and the shift to a new work culture kick-started a series of responses that boosted innovation and change.

The shift to remote work and the diminished face-to-face interactions did not pull-down creativity at doing business or inhibited business process. Instead, it enhanced group activity and ideation despite the challenges of not being able to meet in person. In fact, some companies took the lead to show the world how to use innovation as an effective tool to deal with the challenges of COVID that resulted in better conditions for their employees and their businesses alike. This was made possible only through the increased collaboration in knowledge sharing that was disjointed and scattered in pre-COVID times.

Digital tools have come to not only enhance our working experience but also eased the difficulty of performing tasks that were formerly challenging. The future of work will be defined to a large extent by these digital innovations that happened during COVID. If you feel you haven’t already jumped up the wagon to be led in the future of work, here are a few things you are missing out on:

Amplify individual input: Researches have suggested that instead of being beneficial to every individual in the group, collective discussions inhibit per capita contribution by enabling the dominant people in the group to take charge. The larger the group gets, the greater is the challenge. Virtual meetings overcome this because only one person can speak at a time and individual input amplifies in a virtual set up.

Maintains schedule: It is easier to maintain structure and schedule if you transfer most of your engagement and collaborative work with your team digitally. The accidental hurdles of everyday life that inhibit smooth collaboration and bring in delays get limited to a great extent. The easy access to schedules, upcoming meetings and events and one-step login processes make work easier, especially for people in leadership positions who handle multiple things simultaneously.

Ends groupism: Meetings, especially those consisting of large groups tend to get hostile for people in various ways. In-office politics and employee relationships affect them largely. Any new comer or an introvert finds it difficult to navigate his ideas and voice them in the presence of groupism and majoritarian behaviour of others. Though not entirely, virtual meetings inhibit such behaviour by removing factors like seating arrangement from the process. They foster more diverse and varied conversations between people.

Sets up an archive of knowledge: A lot of knowledge created and discussed in meetings, agendas covered and conclusions reached get lost in physical meetings, especially when nobody is assigned the task of maintaining a record. The responsibility to record then passes from one person to the other and the ambiguity leads to the loss of valuable information. Tracking decisions and functioning of the business is difficult in such a scenario. Virtual set up allows great window for keeping track even when nobody takes initiative to do so. Applications are designed in ways that they keep histories intact and allow for exportation of collected data. Hence, a record-book of sorts is maintained on its own.

Although initially seen as a temporary alternative, remote work and the shift to the digital has defined majorly how we see future of work today. These shifts are largely permanent and have brought about some major positive changes to workplaces already. Not only are we looking at a future where remote work would be a norm, but one with less hierarchy and scrutiny, and, greater collaboration and democratisation.