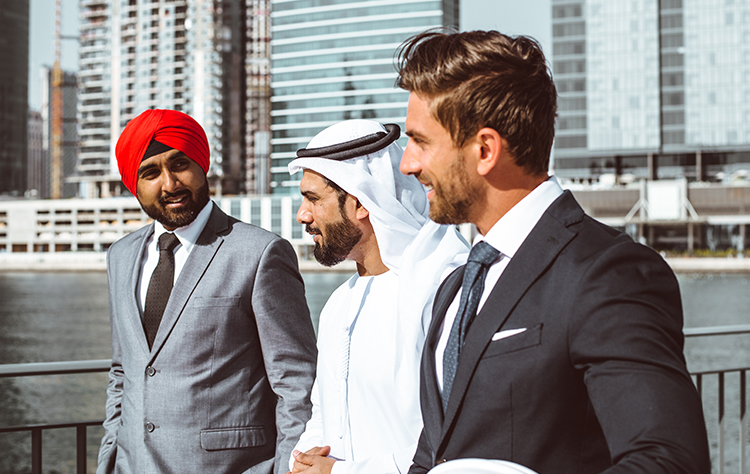 According to a study by the Dubai Chamber of Commerce, about 70% of businesses expect them to close their businesses in the next six months, as the coronavirus pandemic and global deficit are destroying demand for goods and services.

From April 16 to 22, during the toughest quarantine period, The Dubai Chamber of Commerce conducted a survey of 1,228 CEOs in various sectors. Almost 3/4 of the respondents were small enterprises with less than 20 employees. Of the respondents, more than 2/3 noted that in the next six months the risk of leaving the business will be moderate to high. About 27% said they expect that their business will close down in the following month, and 43% expect to stop all the business operations with the next 6 months.

It is worth mentioning that Dubai is one of the most diverse economies in the Gulf region and the least dependent on oil.It depends on industries such as hotels, tourism, entertainment, logistics, real estate, and retail. The research shows that nearly half of the hotels and restaurants in Dubai, which usually receive international acclaim, will be permanently locked by next month. Additionally, about 74% of travel agencies and 30% of transportation and warehousing companies expect to suspend activities during the same period.

A DCCI spokesperson tried to mitigate some of the shocking findings in the investigation and explained: “In April when the shutdown process was conducted in Dubai, the Dubai Chamber of Commerce and Industry only dealt with 1,228 of the 245,000 companies operating in Dubai according to the survey.” He also added, “We expect business confidence indicators to improve significantly in the coming weeks and months when the companies resume its operations.”

For a nation that depends on 80% of the foreign population for most of its financial movement, the stakes are considerably higher: if inhabitants can no longer find some kind of employment, they are likely to return back to their motherland, exhausting the consumer base needed to provide any economic opportunity for recovery. “I still believe that we expect a minimum population decline of around 10% during the year,” says, Nasser al-Sheikh, the former general director of the finance department of the government of Dubai.

In late March, the Dubai government announced a stimulus package of AED 1.5 billion ($ 408 million) aimed at increasing liquidity and mitigating the effects of isolation processes due to coronavirus, which included many refunds and reductions in fees, as well as lower utility costs. The UAE’s capital, Abu Dhabi, announced the same month an emergency stimulus plan of $ 27 billion to help private businesses and banks.

“The Dubai government continues to monitor the situation and offer support, where necessary, to help the entire Dubai business community during this time,” said the representative of the Dubai Chamber several hours after the publication of the survey.

The coronavirus crisis followed a decline in income over the years in some of the most important sectors of the emirate, primarily in the real estate and hospitality sectors. Due to weakening demand, residential real estate prices have fallen by 30% compared to their peak oversupply in 2014, while income per room in a hotel room has fallen by more than 25% since 2015.

Last year, Dubai’s economy grew by only 1.94%, which is the slowest growth rate since 2009. The crisis, which occurred more than ten years ago, was caused by the real estate crisis, which forced Dubai to seek financial assistance in the amount of $ 20 billion to its wealthier and more conservative neighbor, the capital of the UAE, Abu Dhabi.

But a global pandemic is likely to cause more losses in Dubai than a decade-long recession. The chamber’s report contains a warning: “It is assumed that the negative impact of the COVID-19 crisis on the global economy in 2020 will be stronger than the financial crisis of 2008-2009.”