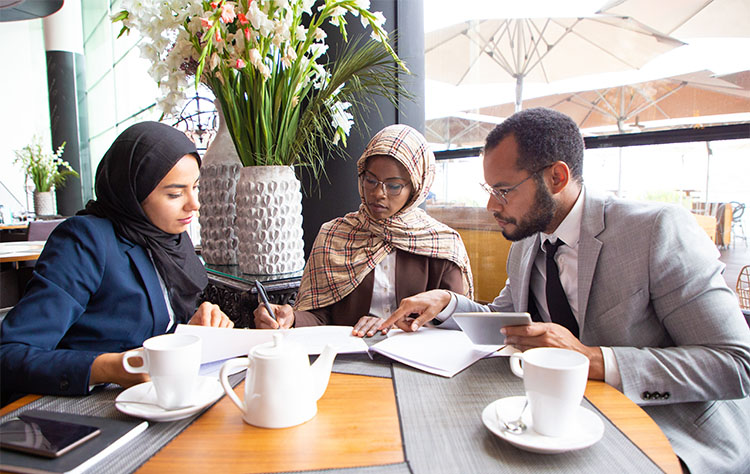 The middle east is a region thriving with abundant natural and human resources. It encompasses portions of the continents- Asia, Africa, and Europe and is nested among many seas and oceans. This promotes international trade to, fro, and via the region.

The middle east is popular for its rich petroleum reserves. Most countries in the region are dependent on oil and gauge a significant amount of revenue from it.

There is a lot of history associated with this region which gives rise to its many cultures and traditions. The middles east is the place of origin for many world religions like Judaism, Christianity, Zoroastrianism,  and to this day it is a religiously diverse country. Most of the people there follow Islam and speak Arabic.

Apart from obvious aspects like religion and language, the middle east has many customs that are imbibed deeply into the lifestyle of the people there. They are much more conservative than their global counterparts. Their business and work etiquettes are developed to accommodate their religious, cultural, and traditional beliefs.

Nowhere else in the world will you see the personal and professional lives of the people as intertwined as you can observe in the middle east. Like this, there are stark differences in the business landscapes of the middle east and the western world.

So depending on the country you’re targeting, design your work calendar in a way that does not upset the locale.

While designing contracts for Arab businesses, clients, or employees, most countries require you to juxtapose the English contract with an exact translation in Arabic. If an issue must ever arise, the Arabic contract overrides the English one.

All the middle eastern countries follow the same practice except Algeria and Morocco. In these two countries, the English contents are to be translated into French.

Another polar difference between the middle east and the rest of the world is holidays. Their holidays are different from the west and the practices vary too. For instance, the biggest holiday in the western world is Christmas and it involves a lot of festivity, food, and enjoyment.

But, during the biggest holiday in the middle east i.e., Ramadan, they work for reduced hours and are prohibited from eating in the public during the day. Similarly, each holiday has its customs and they must be respected by everyone including expatriates.

The Muslim culture requires them to pray 5 times a day. This practice is again a solid contrast from the conventional western practice of frequenting church every Sunday.

These 5 prayers must be offered even during workdays. That is why offices are equipped with separate prayer rooms for men and women.

Bear in mind that these timings change every day based on the position of the sun in the sky.

So, while scheduling work timings and meetings it is pertinent to include these timings and the consequent delays or distractions. Any breaks taken by employees to indulge their prayer timings must be considered as paid breaks. All employers must abide by this.

In the middle east, the payslip of an employee looks very different. It is legally required that the employers provide basic amenities like housing and transportation allowances, and also healthcare benefits. This is much more apparent in developed economies like UAE and Saudi Arabia.

You can decide to pay them additionally apart from their remuneration or can include them in the gross pay designated to them.

As a business leader or an entrepreneur looking to expand your business into the eastern world, you’d do well to be educated regarding such nuances. Along with these, studying basic etiquettes that are pertinent while transacting with middle eastern nationals will get you started on the right note.