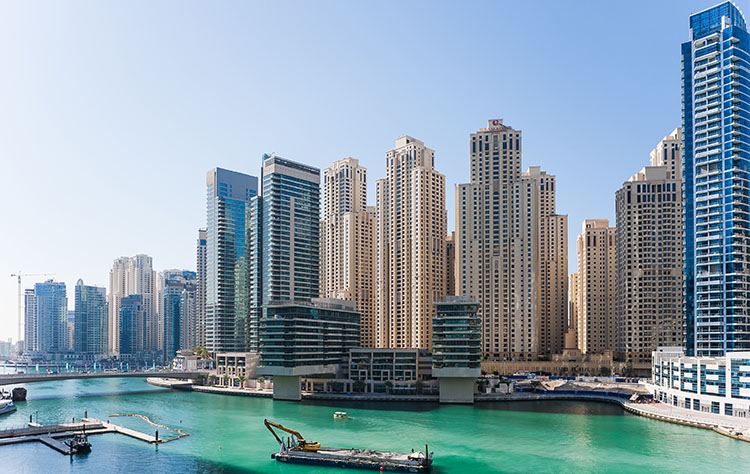 The political economy of the Gulf region, that was known for its conservative and stagnant economic practices has undergone a massive transformation since 2015. What happened in 2015 that forced these nations that were rather economically stable and resistant to change to adopt radically new approaches?

2015 saw unprecedented drop in oil prices across the world owing primarily to the boom in the U.S.  oil production. The OPEC (Organisation of the Petroleum Exporting Countries) collectively faced a loss of $467 billions. This was certainly a wake-up call for these nations towards the risks of being a single-product economy- no matter how much in demand or crucial the product is to the world. While oil and natural gas are still irreplaceable as the primary fuel for most nations in the world, the industry faced a slowdown that had never been anticipated.

The diversification of economy:

The Gulf was, and to a great extent, still is an economy based on rigid structures, decades-old laws and engineered according to the needs of the state-owned enterprises and merchant families. Such an environment cannot be expected to host entrepreneurial activities and would rather be hostile to anything that challenges the existing set-up. Foreign investors who wanted to invest in the region came across multiple challenges in the way including high minimum value of investment, complex licencing and hegemony of the family-owned enterprises that allowed very limited intervention.

However, the oil price crash of 2015 made it clear that such an economy is not congenial with the rapidly growing world economy. There was seen a rush among the Gulf countries towards opening up their economies, diversifying them and creating suitable environment for foreign investors. FDI or Foreign Direct Investments were seen as a way to force local economies to restructure and ease fiscal burden.

Since then, the Gulf has undergone nothing short of an economic revolution through the reforms introduced and the drastic measures taken to attract foreign investment. Laws that favoured and fostered local interests have been replaced with progressive corporate laws, the hurdles in the way of foreign investment were identified and removed and the stringent tax code has been eased to please the foreign investors.

The Gulf has hence emerged as an attractive site of untapped potential to foreign investors who have taken note of the changing conditions in the Gulf in their favour. In 2018, of the $900 million investment in the Gulf in different start-ups, 30% came from foreign investors. The Gulf’s strategic location between two very-fast growing economies- China and Africa give it an added advantage. The Gulf countries have also been crucial in pushing economic reforms to Africa by investing heavily in its ports and industries and connecting it to other markets of the world.

We are therefore looking at prospects of exponential growth in the Gulf. The governments have invested over $ 2 trillion on infrastructure, population growth has been fairly high in the region and the major cities of Abu Dhabi are witnessing high volume of air traffic. The Gulf is bustling with activity and promise of growth to anybody who is willing to invest!